We’re offically off and running 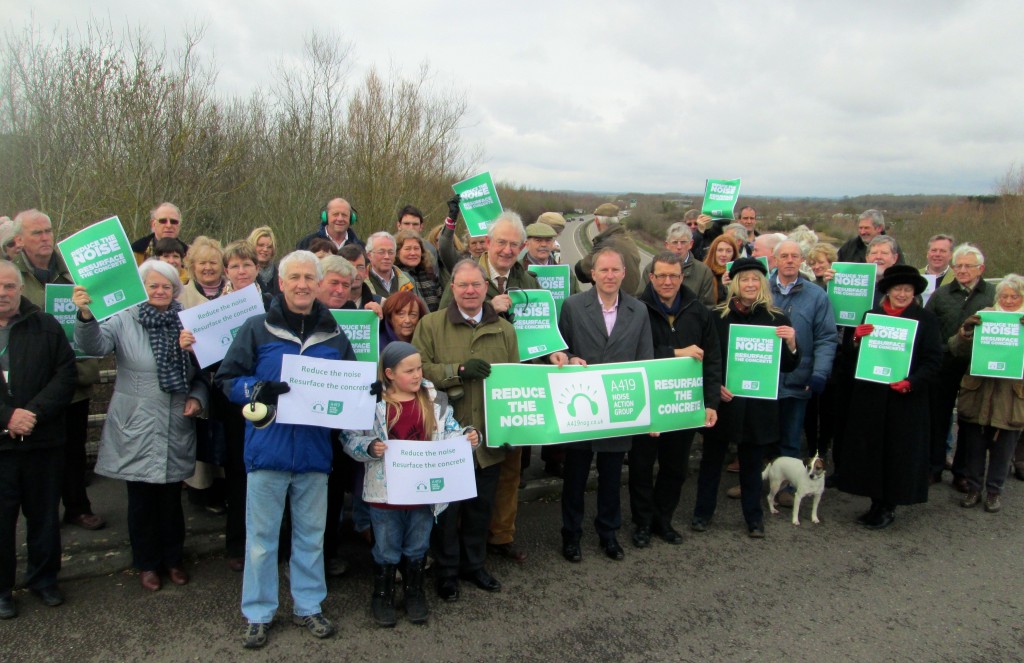 We officially launched A419NAG on Friday with a press call held at Cerney Wick. Over 40 hardy souls turned up for hear a short address from Paul Hodgkinson, chairman of the A419 Noise Action Group and Geoffrey Clifton-Brown, MP for the Cotswolds. Local and nation press were there to capture the moment and listen to the group’s concerns.

So far, we have had coverage from:

The focus now is to spread the word about A419NAG and encourage all those affected by the road noise to complete the survey on this website. We want to have a proper measure of local feeling with which to help take this campaign forward.

Don’t forget to complete the survey and tell family, friends and neighbours.